Yoga and Meditation Practices for depression, anxiety, and stress 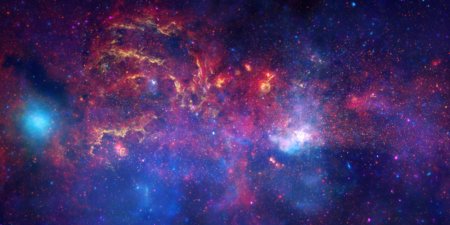 Practicing yoga for depression or anxiety relief is only one of the countless benefits gained by this ancient method of healing.

Yoga, or "Yog" as it is traditionally called, means "Union with the Divine." It is a science of Self which dates back some 10,000 years or more, originating in India. There is no Eastern spiritual or religious practice that has not been directly or indirectly influenced by this path.

True yoga is not a fitness routine, nor is it a religion. Yoga is a spiritual practice with the goal of awakening to one's true nature or cosmic consciousness, gradually attaining higher and more expanded states of absorption and at the most advanced stages - "samadhi." Even many of the most well known "authorities" and authors use Yogic terminology incorrectly, and confuse the stream with the ocean, so to speak. True authorities on the depth of this vast subject are very rare, (and I do not list myself among them). The following information is only an introduction into the art and application of Yoga for depression.

"Always remember that you belong to no one, and no one belongs to you. Reflect that some day you will suddenly have to leave everything in this world so make the acquaintanceship of God now. Prepare yourself for the coming astral journey of death by daily riding in the balloon of God-perception. Through delusion you are perceiving yourself as a bundle of flesh and bones, which at best is a nest of troubles. Meditate unceasingly, that you may quickly behold yourself as the Infinite Essence, free from every form of misery. Cease being a prisoner of the body; using the secret key of Kriya Yoga, learn to escape into Spirit."

"He only is wise who devotes himself to realizing, not reading only, the ancient revelations. Solve all your problems through meditation. Exchange unprofitable religious speculations for actual God-contact. Clear your mind of dogmatic theological debris; let in the fresh, healing waters of direct perception. Attune yourself to the active inner Guidance; the Divine Voice has the answer to every dilemma of life. Though man's ingenuity for getting himself into trouble appears to be endless, the Infinite Succor is no less resourceful."

Practitioners of traditional Yoga represent all walks of life. There are many types of Yoga, which makes it accessible and usable to all types of people, according to their nature. The best type of yoga for depression, depends partly on your preference and personality, and is not necessarily the same for everyone.

My personal experience has been largely with Kriya Yoga. Kriya Yoga first became widely known in the west in the 1920's through Paramahansa Yogananda and his best selling book "Autobiography of a Yogi."

Kriya Yoga is closely related to Kundalini Yoga, Raja Yoga, and Tantric Yoga. It is a powerful system of meditation, utilizing concentration, visualization, mantra (inner sound), and devotion. Another important aspect of this meditation is the controlled use of the breath (pranayama) in order to generate a balanced flow of Life Energy (prana and apana) within the spinal column. Kriya Yoga generates intense energy, heightening awareness, sharpening perception, dissolving stress and anxiety, and is an excellent yoga for depression. It is a simple but powerful technique, dating back thousands of years, and is an unbroken lineage associated with countless historical figures of great spiritual stature. Kriya Yoga should only be practiced under the guidance of a trained teacher.

Other Types of Yoga

Referred to from various sources as Sun Gazing, solar healing, solargazing, sun staring, Sun Yoga, and Surya Yoga. Always follow a trusted guide, or well established technique for looking at the sun with open eyes. I do not recommend this practice on your own. Doing this recklessly and without guidance, especially during mid-day, can be potentially damaging to your eyes. Some sources claim that Sun Gazing can be a powerful technique of Yoga for depression and overall health and vitality.

Proponents of sun gazing teach that traditional solar yoga practices are powerful, comprehensive techniques of rejuvenation, pranic healing, and stress-release, that purify the body, purge negative emotion, and produce a feeling of strength, calmness, and positive energy. These practices goes far beyond simply "gazing" at the Sun.

I do not advocate gazing open eyed at the sun, however I do encourage you to look at more information on the subject as it raises fascinating questions about our untapped human potential.

For a very informative and pretty balanced account of this practice, I suggest the documentary "Eat the Sun."

Learn more about Solar Meditations and the Therapeutic Effects of Sunlight

Pranayama is an important aspect of yoga and meditation practice, that involves the willful use of breath. Rather than "breath control" however, it is more accurate to consider pranayama to be "life-force control." "Prana" means life-force or life-energy, and "yama" means restraint or control. The controlled use of breath can powerfully shift one's consciousness, and change the physical, emotional, mental and spiritual state.

Learn more about Pranayama for Depression, Stress, Anxiety and more

A simpler meditation practice which can be done on your own, is Mindfulness meditation. This meditation is more passive, observing your inner experience -- your thoughts, body sensations, emotions, and sense impressions with non-judgmental awareness.

Sometimes called "Insight Meditation," Mindfulness does not involve the intense concentration of Kriya Yoga. Mindfulness is excellent for psychological growth, cultivating compassion, self-acceptance, and emotional balance. Though it appears simple, Mindfulness practice can sometimes be emotional and difficult as parts of one's ego are examined and allowed to surface. Suppressed emotions may arise, causing discomfort and aversion. These feelings too must then be tolerated with stillness and equanimity, until they dissolve like all phenomena eventually do.

For information on private meditation instruction and yoga for depression, anxiety, stress and personal growth:

Learn about more types of Yoga for Depression