My boy friend does not like to kiss. He is a great guy and a person of strong positive character. He is really fun and adventurous. He is also quite adventurous in bed... like I have never experienced before. Bringing me pleasure is important to him, and he loves sex. We have dated for over a year. He was married and was a wild child when young, so he definitely has had many sexual experiences. He says he has never been into kissing. Yes, he will kiss me, cause he is into pleasing me...but he seems so very uncomfortable when he does. So I just stopped kissing him other than a peck on the lips. According to my boyfriend, as a youth and in his early adult life, he has had issues with anger. I only noticed it once or twice since we have been together (no nothing violent towards me or people). I am very puzzled even a little concerned for him. There are also times he finds it difficult to get/maintain an erection. Is there a possibility he had early life trauma? He is such a gem, a great guy. Anything I can do or need to understand I will. Even if he never finds kissing pleasurable, I just really love and appreciate who he is.

Your boyfriend's anger issues are probably unrelated to his lack of interest in kissing. Sexual likes and dislikes are usually formed early in life and especially through puberty and teen years. A person's early sexual experiences make a deep impression on their later sexual preferences and turn-ons.

Kissing is also a very intimate and personal way to connect. It's possible that your boyfriend has some intimacy fears. Giving and receiving tender affection, face to face, so to speak, can be uncomfortable for a person who doesn't like feeling vulnerable, and connected in this way.

Erectile problems can also relate to intimacy fears, as well as performance anxiety, and stress in general. In mid-life and later years erectile issues are fairly common, but usually resolve with no lasting problems.

I couldn't venture to guess if he's had some early traumas. Most people have some sort of trauma to one degree or another, and if he has significant issues with anger or intimacy, then there's probably some old emotional issues for him to resolve.

Relationships and intimacy are an ongoing process of personal growth. It's good to take risks, be honest, and find new ways to share love and appreciation for one another. You never stop growing.

Return to Ask a Therapist. 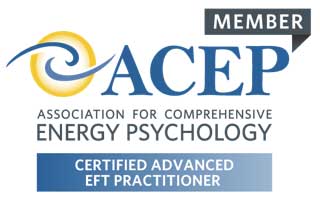